Poker is one of the most complex casino games that besides luck relies heavily on a decent amount of skill. Since social interaction is among the main aspects of the game, the skill that always comes in handy is social intelligence. Like with every other situation that involves a bunch of people communicating there is a list of dos and don’ts. It is known as poker etiquette which comes with a lot of unwritten rules. Let’s go through a couple of them together.

If you’ve already decided to play, make sure you pay full attention to the game. It’s simple as that. If you’re on your phone browsing social media, listening to music, or constantly asking questions as to what is happening, you’ll not only miss important information that affects your play but will also lose all respect of other players.

Speaking of respect, it’s not just an important part of poker etiquette but every other type of civil conduct. No one likes to see a spoiled child throwing temper tantrums whether in public restaurants or at the poker table. No one expects you to make friends with other players too, but being polite is a must. Don’t bad-mouth them, throw your cards or chips or behave like a boor. Keep your cool and you’ll be cool.

One of the best ways you can show respect for people is to respect their time. That means you should try at all costs to avoid a thing that’s considered a big no in poker etiquette. The so-called practice of slow-rolling. If you haven’t heard about the term before, slow-rolling refers to gloatingly prolonging the time to reveal your good hand. It serves no other purpose than to annoy other players. Time is money both for you and others, and there are better ways to celebrate your good hand.

Be a Gracious Winner

While we’re on the subject of celebrating, another point of good poker etiquette is to mark your winnings with dignity. It’s only natural to be happy when you win but getting overexcited will leave a different impression than you think. It will send a message that you’re not used to winning when you feel the need to show it that way. There are better alternatives to express your winning mentality.

There’s an anecdote about a king who always paid respects to his subjects by wishing them a good day first. When asked why, he replied that his status doesn’t allow him to be a lesser gentleman. That’s a good mindset to apply to your actions when you win instead of boasting. Although there is no rule that regulates whether you should tip the dealer it’s a gentleman’s agreement to do it and a part of proper poker etiquette. A couple of bucks from the pot don’t mean a lot to you but can change a whole perspective of the employees. Not to mention the various perks that go with being good with the casino staff.

Remember to Have Fun

And lastly, the most important thing to keep in mind is not to take any of these rules too literally. There’s a reason why they’re unwritten. They’re not meant to make your poker experience into a living hell of regulations, but to ensure a healthy atmosphere. Many of them don’t even apply to the world of online casinos. But there are certain tips on that subject also that we’ve covered in a recent article. In any case, don’t forget to have fun, and the fastest way to have fun is just a click away! 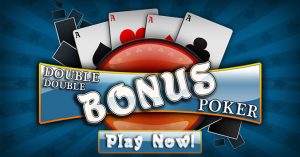 The post The Unwritten Rules of Poker Etiquette appeared first on Extreme Magazine.