If you’re younger than 40, chances are that the first thing that springs to your mind when you think of poker is Texas Hold’em. But what might come as a surprise to you is that it wasn’t always the case. In fact, Texas Hold’em only gained traction at the start of the millennium for a couple of reasons that we’ll try to present within this text.

The History of Texas Hold’em

We guess it’s pretty obvious what the Texas part in Texas Hold’em stands for. Texas Legislature recognizes the town of Robstown as the official birthplace of Texas Hold’em, where it’s thought it got its origins in the early 1900s.

The Hold’em part refers to the rules that make it stand out from the more prevalent game variants of the day such as five-card or seven-card-stud which require players to hold onto the cards they get until the showdown or fold. But it wasn’t until the World Series of Poker (WSOP) in 1967 and the 1970s television show of the same name where Texas Hold’em was the game of choice that it truly started getting the attention it holds to this today.

The Simplicity of Rules

As with most other popular games, the simple-to-understand rules are key to understanding the appeal of Texas Hold’em. The object of the game is to make the best possible five-card hand out of two “hole cards” and five community cards. It also doesn’t require extensive use of memory, as every community card remains exposed, and you can always check your two hole cards.

But don’t think that the fact that Texas Hold’em rules are easily understandable makes it any less challenging. Mastering the game takes quite a bit of effort and technical knowledge as there is always something you can learn with every single hand you play that doesn’t allow the game to ever become monotonous.

The Influence of Pop Culture

Maybe the defining reason as to why Texas Hold ’em became so popular is due to pop culture. The first movie to center its plot around it was the highly influential 1998 movie Rounders starring Edward Norton and Matt Damon at the peak of their careers.

Another lasting influence was Daniel Craig’s Casino Royale (2006) where pivotal scenes occur during high stakes no-limit Texas Hold’em game. Unlike the novel which focused on baccarat, the producers opted for Texas Hold’em because it already established its dominance in the preceding years.

And the reason why that dominance reached its zenith during those years is because of the poker boom of the early 2000s and Chris Moneymaker’s mind-boggling win of a $2.5 million prize during the 2003 WSOP. It definitely cemented the status of Texas Hold’em and put it on the map in the years to come.

What About Online Texas Hold’em?

The last but not the least factor as to why Texas Hold’em got so popular and overcame all other forms of poker is of technical nature. Namely, due to the easiness of programming, it was the first game to go online and be offered at almost every poker site. In fact, it was the only game available at the now defunct Planet Poker site during the first two years of its existence. That was enough for it to get ahold of the first generation to play it online and leave an everlasting imprint on the online gambling industry.

Our instant withdrawal casino has been one of the first to jump in on the trend since 2000 and we’re proud to say that we’ve got many different versions of the game in stock you can play any time you want, so go on and give it a try! 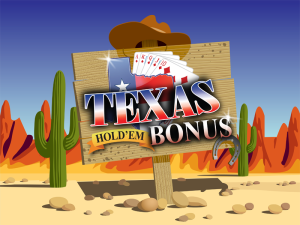