You have all heard about eBay. Even if you’ve never used it yourself, you’ve probably heard others talk about it, or seen it on television, in the movies. It’s an online shopping site that’s best known for its auctions. That’s the place where you can buy and sell nearly everything. You never know what you are going to find on there for sale. Out of the curiosity we browsed the info on the craziest sales there. If you start digging around on eBay, you will probably find some absurd things. Here are some of the most expensive and weirdest things ever sold on eBay.

The Most Expensive Things Ever Sold on eBay

Way back in 1995, a guy called Pierre Omidyar wrote some complicated codes to make the wonderland that we now know as eBay. In his honour, we have put together the list of some of the most expensive things that on the website.

405-feet-long luxury yacht with a helicopter pad, elevator, spa, office area, movie theatre, swimming pool and gym was reportedly sold for $168 million on eBay. Russian billionaire and oil magnate Roman Abramovich who is also known for collecting luxury yachts as a hobby was said to have bought it. Due to his hobby, it is not surprising that he decided to invest in this expensive item.

If you can buy a luxury yacht on eBay, why couldn’t you buy a private jet? A charter flights company purportedly gave a whopping $4.9 million to buy a Gulfstream II plane. On eBay’s aviation category there was a lot of airplanes for sale including those owned by celebrities such as former US president John F. Kennedy and Hollywood star John Travolta.

Warren Buffett is one of the wealthiest men alive, amassing his fortune through a successful investment strategy. Each year, Buffett launches an auction on eBay. All the money goes to a charity that runs a number of anti-poverty programs in San Francisco. Over the past 15 years, Buffett has reportedly helped raise over $20 million for charity.

Most winners may not have the same fate, but they are more than satisfied with the worldly advice they get from Buffett. The most expensive lunch during these years costed $2.6 million. In 2010, an anonymous took the opportunity and spent $2.6 million to have lunch with Buffet. That was one expensive meal!

The Weirdest Things Ever Sold On eBay

Now that we reviewed the most expensive things, let’s take a look at the funniest and weirdest items people sell on eBay.

This might sound crazy at first, but don’t worry, the man didn’t actually sell himself or sign up for a life of slavery. Writer and travel enthusiast Ian Usher just wanted a fresh start. Following his divorce, he decided to sell quite everything he owned. That included his house in Perth, his belongings, and a place at his job. He has reportedly sold his ‘life’ for $384,000 that allowed him to start from the beginning again. He travelled to many new places, and even wrote two books on his interesting experiences.

We were very sceptical about this one, but rumour says that a woman sold a bubble gum that Britney Spears had chewed and spat out at a concert. It happened in 2000 and the amount was $14,000. It seems that people will do anything to get souvenirs of their favourite pop stars, no matter what it is.

The absurdity continues. The fans of Justin Timberlake also had a chance to enjoy in his leftovers. But now it is half-eaten French toast in question. A 19-year-old fan reportedly sold it for $1,025 in 2000 when the singer left it behind after an interview with a New York radio station.

Someone took it to another level and bagged themselves some air. Yes, actual air, while they were at a Kanye West concert in 2015. They originally tried to sell it on eBay for a casual $5. But for some reason, it got pretty popular, and the bidding flew up to $65,000. That was some very expensive air.

We hope you had fun reading about the most expensive and weirdest things ever sold on eBay. Do not forget, we are always here to provide the best fun online. Check us out and do not forget Casino Extreme is bet safe, crypto friendly and always here. We provide the ultimate entertainment and give the sweetest rewards. And the best part of it are instant payouts. Good luck and see you soon!

Before heading to eBay to find the unique stuff you’ve been missing, check out the July promo offers at crypto casino Extreme. Who knows? You just may discover the best fun online. Good luck! 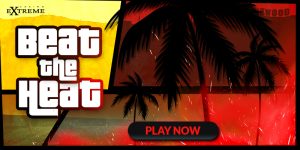 The post 7 Most Expensive and Weirdest Things Ever Sold On eBay appeared first on Extreme Magazine.